The Glitz and the Glamour

FROM THE MOXON GIRLS TO THE TILLER GIRLS 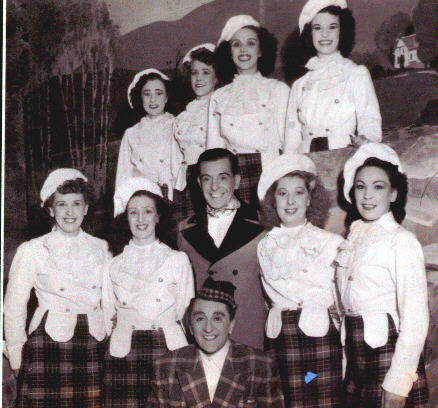 In 1935 May Moxon formed a troupe of dancers and approached the famous Galt's Agency in Glasgow for a weeks trial. The Agency agreed to this and the Moxons first engagement was at the Glasgow's Empress Theatre. The management of the theatre were so pleased that they offered May Moxon another week, and from here the rest is history.

May Moxon supplied troupes of dancers for many variety shows in Scotland for four decades. The dancers were known over the years as "The Moxon Girls", "The Moxon Ladies", "The Moxon Dancers" and "The Moxon Lovelies".

The Moxon Girls were really the "Tiller Girls" of Scotland. During the four decades the Moxon line-ups appeared in Many Variety shows and Pantomimes in all the major cities in Scotland from Glasgow, Edinburgh, Dundee, Inverness and Aberdeen to name but a few.

"The Backbone of the show"
The Moxon girls were all known in the variety business for being very experienced dancers who could perform any dance routine which the producer of the show would like. Many of the routines could range from acrobatic, ballet, tap, highland, hornpipe and line up of high kicks.

Some variety shows maybe had a Scottish, sailor or gypsy scene and the girls would rehearse different routines which suited the theme of the particular show.

THE MOXON GIRLS TO THE MOXON LOVELIES OVER FOUR DECADES

JANUARY 1944
The Empress Theatre, Glasgow:
"The Revels of 44" present the Pantomime, "The Old Woman who lived in a Show", with Jimmy Nicol, Ken Campbell, Fay Lenore (SMHS Member) Bijou Gordon and the Moxon Ladies. 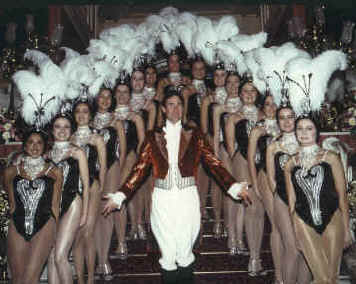 As we all will remember the "Moxons" were Scottish. In England there was the famous "John Tiller Girls", a troupe who were founded by John Tiller a properous Manchester Cotton-Merchant who could not dance a step. In 1885, he started to train dancers and this was where the Tiller troupe were born. By the 1920's girls were known famously for their professionalism and perfection. The Tillers were dancers who were disciplined like guardsmen to perform with polish and precision. In certain shows a Tiller line-up could be as many as 32 girls who were selected for uniform height and weight and could kick as high as their ears.
Comedian Jim Dale with the 1960's Tiller Girls at the London Palladium 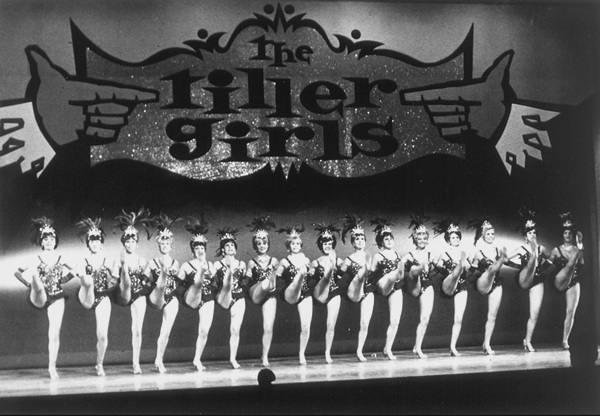 The World Famous John Tiller Girls - Photograph by kind courtesy of Avril Owton who can be seen in the centre of this Tiller line up.  Please see The Cloud Hotel on our links page. 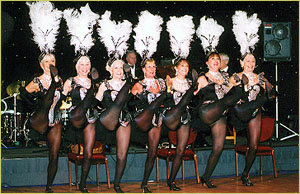